Thoughts in “To Imagine,” Into the Universe of Technical Images (Electronic Mediations) by Vilem Flusser

An Image for the Present

01 Plain text denotes original text from Vilém Flusser, and should be distinguished from instructions, in-text annotations, and endnotes.

02 CAPITALIZED text denotes Flusser text of significance, and should be unique to the plain text.

03 Underlined text denotes a reference and/or original writing provided by PROPS, and should be visually distinct from the Flusser text.

07 The instructions may be included as part of the text.

IMAGES ARE INTENDED TO SERVE A MODELS FOR ACTIONS. In a society that is dominated by images made within a totalitarian black box, can it be possible to reconsider images not as apparatuses for action, but for finding room for creation and freedom? For although they show only the surfaces of things, they still show relationships among things that no one would otherwise suspect. IMAGES DON’T MATTER; THEY SHOW WHAT MATTERS. AND THAT ALLOWED THE HAND TO PROBE FURTHER INTO THE CIRCUMSTANCES THAN BEFORE. “At its deepest, interface design means developing the fundamental primitives human beings think and create with.” (Shan Carter, Michael Nielsen, Using Artificial Intelligence to Augment Human Intelligence) For Flusser, Actions = Gestures, every medium has a corresponding gesture (i.e. painting). Image makers faced two obstacles, however. First, every observation is subjective, showing one instant from one standpoint, and second, every observation is ephemeral, for the standpoint is in constant motion. IF IMAGES WERE TO BECOME MODELS FOR ACTIONS, THEY HAD TO BE MADE ACCESSIBLE, INTERSUBJECTIVE, AND THEY HAD TO BE STABILIZED, STORED. THEY HAD TO BE “PUBLISHED.” To make public in the Information Age has meant that information and data can no longer have meaning. James Gleick, a historian of science, points that out as our means of transmitting information has become infinitesimally thin. The meaning of information, in this case images, has become irrelevant. This ensures its speedy and uninterrupted transmission (see also Hito Steyerl and the “poor image”). Inevitably, this has made images vulnerable to aesthetic and politically motivated manipulation. [Levi-Strauss references manipulated images of the now infamous White House Situation Room photograph in which Hillary Clinton and another female executive are removed when the image is published in an orthodox Jewish newspaper] [T](image.png) [U]

The earliest image makers known to us (e.g., at Lascaux) fixed their observations on the walls of caves to make them accessible to others (to us as well); that is, they acted (for hands are required for this FIXING) [hand stencil in Lascaux Cave](lascaux_hand.jpg) [V], and did so in a new way, inasmuch as they used their hands not to grasp objects (e.g., bulls) but TO MANIPULATE SURFACES AND REPRESENT OBJECTS (e.g., bulls). They sought symbols, and the activity was about symbols, about a gesture in which the hands moved back from the object to address the depths of the subject in whom, so stimulated, a new level of consciousness was emerging: the “imaginative.” And from this imaginative consciousness came the universe of traditional images, of symbolic content, the universe that would henceforth serve as a model for manipulating the environment (e.g., hunting bulls). [Agnes Denes Early Philosophical Drawing.jpg] [W] In traditional images, the author, a human being in existence, readies images as a means to comprehend the world – a world that is incomprehensible without the aid of images. It is an abstraction. On the other hand, technical images are an abstraction of texts and not of reality. Technical images hold protocols, insurrections, and actions, yet are artfully incomplete and provoke interpretation.

Symbols that are linked to content in this way are called codes and can be deciphered by initiates. To be intersubjective (to be decoded by others), each image must rest on a code known to a community (initiates), which is the reason images are called “traditional” in this essay. Each image must be part of a chain of images, for if it were not in a tradition, it would not be decipherable. Of course, this doesn’t necessarily always work. THAT IS WHAT IT MEANS TO “PUBLISH”: TO PUT A SUBJECTIVE OBSERVATION INTO THE SYMBOLS OF A SOCIAL CODE. OF COURSE, IT DOESN’T NECESSARILY WORK. The means of projecting this subjectivity is at risk. The way we encounter images, the machines that facilitate observations, the arena in which observations are received . . . We define our tools, our tools define us, it’s banal by now. Instead, we’re interested in changing the social codes. “We live in a world where instead of trying to replace the masters who exploit us, we seek to become them in small and meaningless ways.” (Jack Halberstam, Vertiginous Capital Or, The Master’s Toolkit, in queer.work.archive.) Every sentence changes the meaning of its words. Media machines feed off of our desire to publish images, and we live to feed the machine. It should have occurred to us earlier that the point is to not only make new images, but also to make new machines. Because every observation is subjective, each new image brings some sort of new symbol into the code. Each new image will therefore distinguish itself to some small degree from the previous one and so be an original. It will change the social code and inform society. In this era, every opportunity to publish is an opportunity to send signals, to establish secret codes for “finding each other and imagining new ways of seeing the future.” (Fred Moten and Stefano Harney’s concept of the undercommons (hyperlink: http://www.minorcompositions.info/wp-content/uploads/2013/04/undercommons-web.pdf) Paul Soulellis, Publishing as practice as resistance, a talk. THAT IS JUST WHAT THE POWER OF IMAGINATION IS: IT ENABLES A SOCIETY INFORMED BY IMAGES TO GENERATE CONTINUALLY NEW KNOWLEDGE AND EXPERIENCE AND TO KEEP REEVALUATING AND RESPONDING TO IT. What then is new knowledge and experience, and in the conflation or flattening of a society defined by images is there physical space where this act occurs? The new is not reliant on speed in its dissemination, but its repetition: its emergence and reemergence as such, that new media enables. (Wendy Hui Kyong Chun, “The Enduring Ephemeral, or the Future Is A Memory”) As a creative practice, this reemergence is accelerated by Joan Fontcuberta, who examines the truthfulness of photography. His manipulations leverage historical aesthetic and photographic processes against text, written accounts and experiences of history. (See Walter Benjamin “Author as Producer.”)

Yet it is a dangerous anachronism to regard these constant changes in the image code as a developmental process and to speak of a “history of images” or to suppose that such a history unfolds slowly in comparison to our own.  FOR WHAT MAKERS OF TRADITIONAL IMAGES SET OUT TO DO WAS EXACTLY NOT TO BE ORIGINAL AND TO INFORM SOCIETY BUT RATHER TO BE AS TRUE AS POSSIBLE TO PREVIOUS IMAGES AND TO CARRY THEIR TRADITION FORWARD WITH AS LITTLE NOISE AS POSSIBLE. THESE MAKERS TRIED TO REDUCE THEIR SUBJECTIVITY TO A MINIMUM, AN ATTITUDE THAT CAN BE OBSERVED IN SO-CALLED PREHISTORIC CULTURES IN THE PRESENT. The African mask and the Indian textile are concerned with an unchanging, eternal code, a myth. To the extent the mask or the textile is original, it has failed. “In part, this is a question about the power of our generative models. In some cases, the model can only generate recombinations of existing ideas.” (Carter, Nielsen, Using AI) We are still looking to images to carry forward our traditions. With traditions carry on at 78.6 mAP, margins of error pile on through iterations.

The universe of traditional images is a magical and mythical universe, and if it nevertheless changed constantly, this was through unintentional coincidence, by accident. This is a prehistoric universe. Only since linear texts appeared, and with them, conceptual, historical consciousness-some four thousand years ago-can one rightly speak of a history of images. For only then did imagination begin to serve (and oppose) conceptual thinking, and only then did image makers concern themselves with being original, with deliberately introducing new symbols, with generating information. Only then was an accident no longer an oversight but rather an insight. IMAGES OF OUR TIME ARE INFECTED WITH TEXTS; THEY VISUALIZE TEXTS. YOLO9000: Better, Faster, Stronger. [Example of YOLO9000 detecting object classes.] (leader_american_tie.jpg) [X] (https://arxiv.org/pdf/1612.08242.pdf) Our image makers’ imaginations are infected with conceptual thinking, with trying to hold processes still.

(End of “To Imagine” excerpt, beginning of “To Interact” excerpt)

TECHNICAL IMAGES ARE NOT MIRRORS, BUT PROJECTORS. They draw up plans on deceptive surfaces, and these plans are meant to become life plans for their recipients. “Now, for the first time in the history of optical media, it is possible to address a single pixel in the 849th row and 720th column directly without having to run through everything before and after it. The computer image is thus prone to falsification to a degree that already gives television producers and ethics watch-dogs the shivers; indeed, it is forgery incarnate.” (Computer Graphics: A Semi-technical Introduction, Friedrich Kittler) Without a visual goal, instantly addressable and programmable pixels taunt us with their indecipherability. People are supposed to arrange their lives in accordance with these designs. At least that is the way technical images function now, and this has given rise to a social structure in which people no longer group themselves according to problems but rather according to technical images. Such a social structure requires new social criteria, a new sociological approach. Technical images, no longer at service to our eyes, revel in their universe of alternate visuality. Classical sociology begins with people, their needs, desires, feelings, and knowledge, and divides society by relationships between people, for example, into groups such as families, nationalities, or classes. Classical sociology’s cultural objects are mediations between people, and those objects – such as tables, houses, and autos – are therefore to be explained starting with the people. Such an approach and such criteria no longer apply to contemporary social structure. NO LONGER PEOPLE BUT RATHER TECHNICAL IMAGES LIE AT THE CENTER, and ACCORDINGLY, IT IS THE RELATIONSHIP BETWEEN TECHNICAL IMAGES AND PEOPLE BY WHICH SOCIETY MUST BE CLASSIFIED, FOR EXAMPLE, BY GROUPS SUCH AS CINEMAGOERS, TELEVISION WATCHERS, OR COMPUTER USERS. Ugo La Pietra, Telematic House Project or the film Three Dimensional Memory. EXPLANATIONS FOR PEOPLE’S NEEDS, WISHES, FEELINGS, AND KNOWLEDGE ARE TO BE FOUND IN TECHNICAL IMAGES. The utopic vision is to embed technical images with systems of values, worldviews, beliefs… The contemporary recapitulation of this media has lead to artificial intelligence that can determine your sexual orientation or your level of happiness from a photograph. Far from telematic utopias, the technical images of our surveillance state seek to capitalize and economize our very own existence: evaluating the market performance of a thing or preemptively imprisoning a citizen according to their Crime Efficient. [“Criminal” identified by their Crime Efficient in the anime series Psycho-Pass](psycho_pass.png) [Y] For the sociology of the future, it means that people must be pushed out of the center toward the horizon of the field of inquiry, and this precisely to the extent the discipline seeks to preserve human freedom and dignity.

Lucy Liu and Matthew Bohne are architects based in New York. Since 2016 they have produced PROPS Paper, an often-weekly paper of images and imaging technologies that disregards disciplinary boundaries and proposes an alternative visual atlas of juxtapositions. 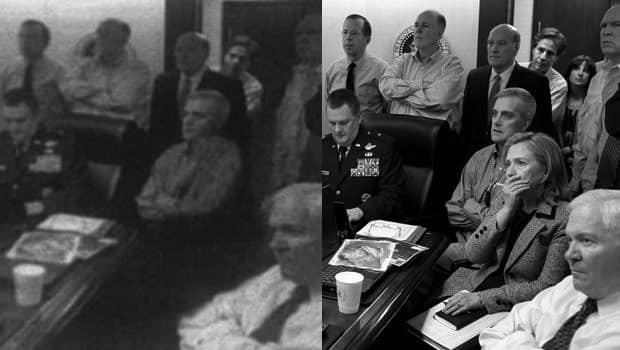 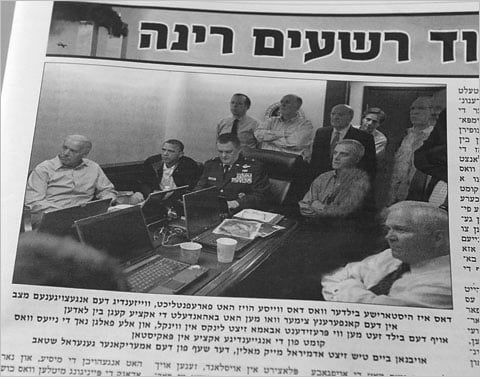 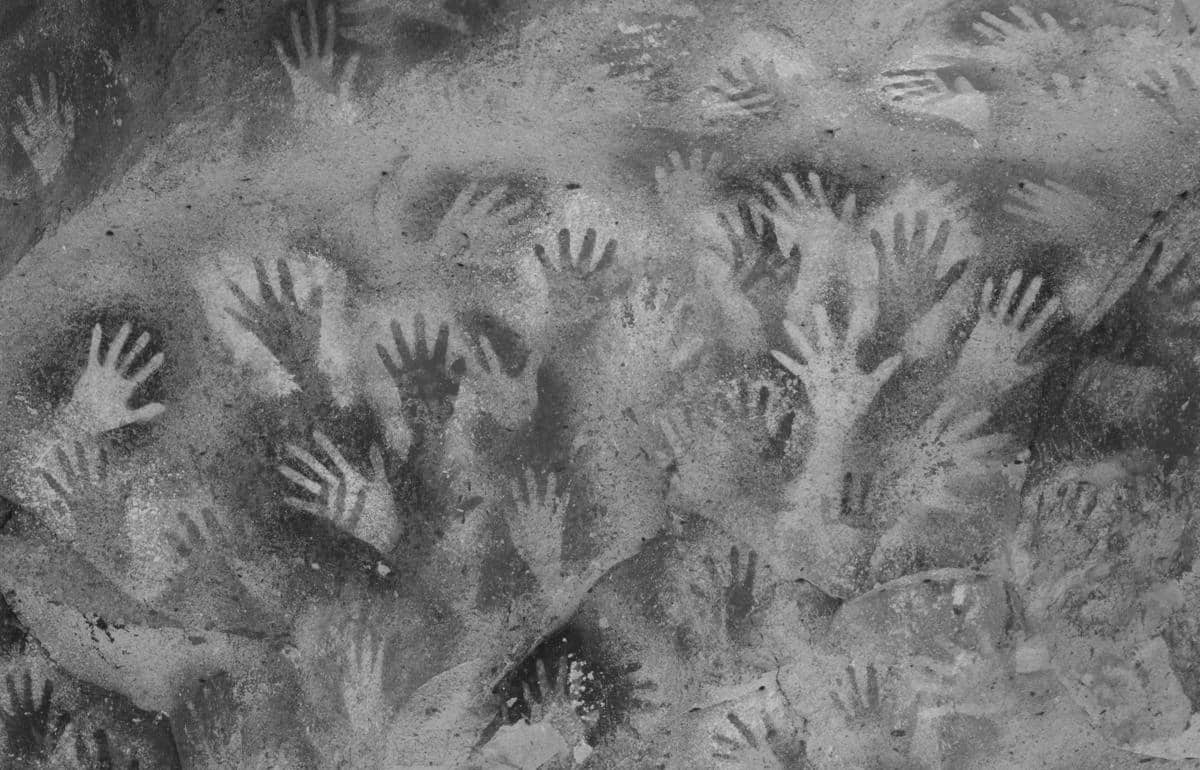 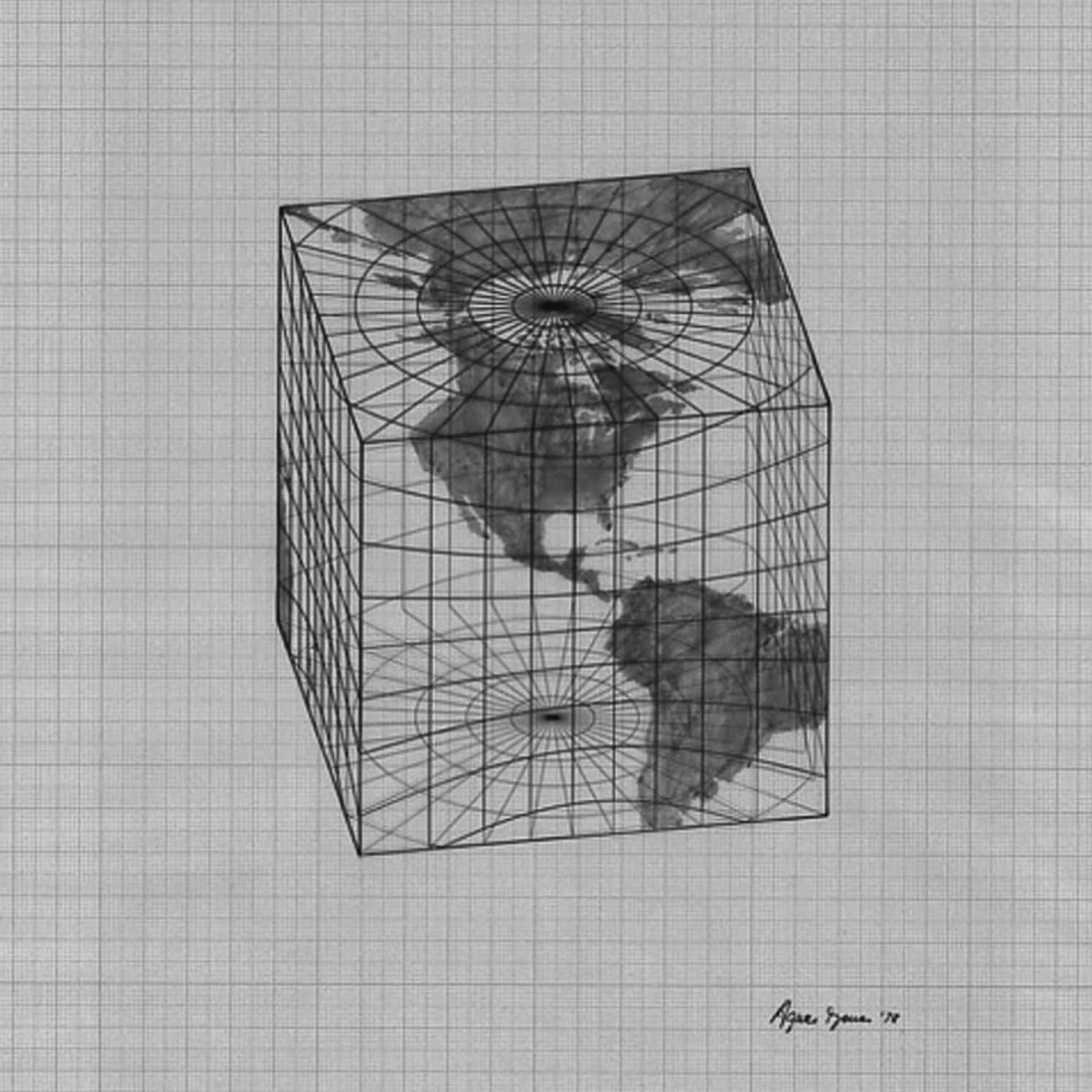 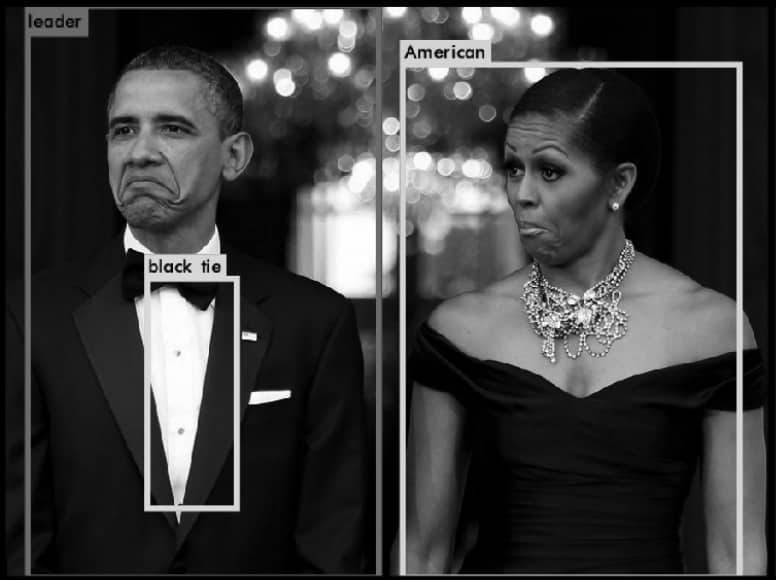 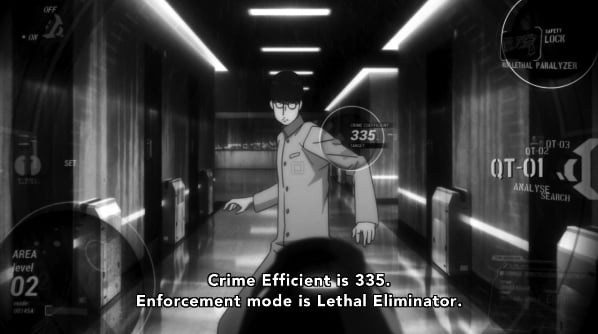