Takashi Shimizu’s 2003 horror film Ju-On: The Grudge 2 continues the haunting of the Saeki House by mother, Kayako, and child, Toshio. Of the six narrative vignettes in this installment, Megumi’s and Tomoka’s storylines stand out for their use of the unhomely and intentionally ignored aspects of architecture. In Megumi’s vignette, she works at the office late at night, only briefly noticing the expanding black stain on the tatami behind her chair. Tomoka’s story—which forms the largest portion of the film—involves a repetitive banging on her apartment wall at 12:27am every night. Both of the characters notice these nuisances and do their best to ignore them, labeling them small environmental intrusions that are either somebody else’s problem or just a fact of life. In both situations, the aspects of life we would rather not deal with, like lousy neighbors or a lazy janitor, come back to haunt the characters. In Megumi’s case the black stain soon morphs into Kayako, as her hair rises through the floor while Megumi works. For Tomoka, the banging is an auditory hallucination presaging her boyfriend’s feet hitting the wall as he hangs dead from Kayako’s hair. By escalating the undesirable aspects of the domestic environment to the point of extreme violence, Ju-On shows that a willful ignorance of the unwanted and shameful does not make it disappear, a theme made quite apparent in my own recent experiences with the architectural afterlife.

Fortunately—and unlike the antagonists of Ju-On—my revenants are not a murdered mother and child, but a set of buildings, cut down in their prime; just as present as the film’s two onryō, but slightly less capable of hair-based murder. Of all the time-honored techniques ghosts have for hauntings, I suppose my poltergeists haven’t been so cruel. If the spectrum ranges from the “stained carpet” to the “car crash caused by a ghost baby,” my problems are still only banging on the wall. The buildings were, until about a year ago, what previously occupied my studio site, since torn down to make way for new development. While their physical bodies have long been carried from the city and entombed in a trash necropolis, their digital presence remains.

These buildings are not ghosts in white sheets with clean edges. Like Ju-On’s Kayako and Toshio, they were entangled so deeply into the specific place they haunt as to be inseparable. Despite the cliche of the totalizing clarity of the top-down view, the digital experience of my ghost buildings subverts expectations. While on-site, the scarred party walls mark the absence of the buildings in stark lines, the outdated satellite view allows them to fill the site like thick, black hair, growing into every fold. The misalignment of the digital and physical experiences of the space highlights just how much material has been removed from the site, a weight carried not in a ceremonial hearse but quickly carted out of our perceptions. And even if the architectural corpse is mostly inactive, appearing only as a flicker between media, it may still contain a meaningful potential that society seems loathe to seriously engage with. Whether the refuse of demolition, a stain on the tatami, or a rhythmic banging on your apartment wall every night at 12:27am, our unacknowledged architectural residues have histories and weight with the power to either bury us or hang our boyfriends to death by their hair.

Addendum: As I wrote this, I noticed that in the past few hours the digital priests have marched through the streets with their iron drums; my ghosts have been exorcised. The view that haunted me with its foggy atemporality is now only a patch of dirt neatly cohering to the grid of real estate. 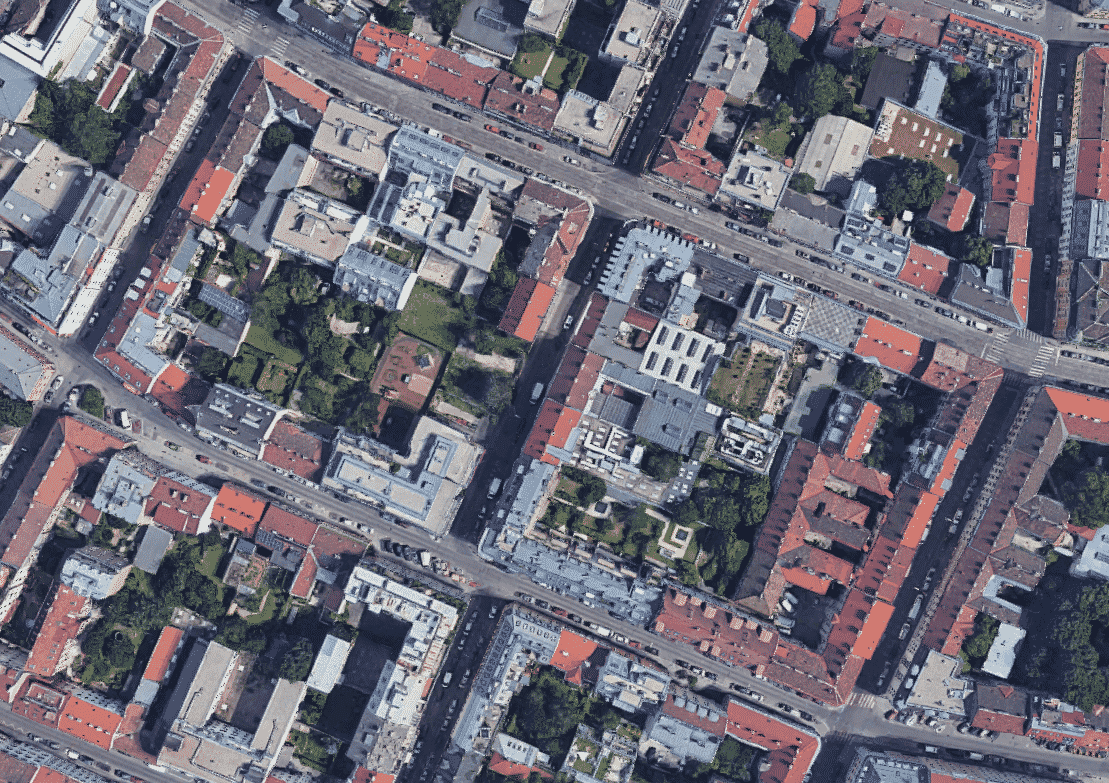